“Oh fuck” was all Jay said. In that moment, he realised he’d left behind his entire collection of socks and underwear at our last Airbnb. 😳 (Meanwhile I tried to hide my laughter behind a genuine look of concern.)

We always expected we’d end up leaving a few things behind when moving from one Airbnb to the next. Despite getting rid of almost everything, we still have a carload of stuff that we unpack and put away at each place, because living out of a suitcase is definitely not fun.

Moving Airbnbs isn’t like moving house – you’re not packing up everything and leaving behind an empty house. Half of the time you can hardly remember what stuff is yours and what stuff belongs to the host. And when you’re only staying somewhere for a month, you don’t want to spend any more than a day packing and moving your shit. So it’s inevitable a few things will get left behind.

All you can do is hope you don’t leave behind anything embarrassing, like a dozen pairs of undies! 🤦‍♀️

We had only moved one suburb over, so it made more sense to try and recover the lost Bonds than to replace them. This particular Airbnb was the host’s home and I knew she was scheduled to return from an overseas trip that day. So I contacted her and explained we’d left some “clothes” – she was happy for us to pick them up.

Jay must have spent the drive over there thinking about the impending embarrassment that would come from an awkward encounter with a strange female to retrieve his underwear, because when we got there he looked at me sheepishly and begged for me to go and collect on his behalf. I realised she must have been equally as embarrassed because when I buzzed, she sent her boyfriend down to hand over the goods! 😂

After that we decided we’ll make a moving checklist. I own a few things that would be far more embarrassing to leave behind than jocks! 😬 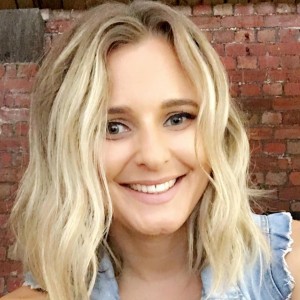